I am sitting here in the living room of the village chairperson doing some work. He has solar power that he lets me use sometimes – and a radio and TV… Sometimes I come over to visit and we watch the news, or bad children’s cartoons, or nature shows about termites, or giant lizards eating poisonous snakes… Today I have come to do work, though, charging my computer in the process. I’ve started translating my CEP (community entry passport – the report all volunteers do in their first three months at site). Once it’s translated, I’ll present it to the village government, to the ward government, and to the district government officials. I’ve got about 5% of it translated now… It’s 21 pages single-spaced (though with some pictures), so it’ll take a while to finish, especially with limited access to electricity. At least I have a few connections I can bum solar power off of once or twice a week, though the inverter at the primary school has broken, so that easy access is out for the moment.

I spent a lovely day yesterday walking to the farthest sub-village, about 7km. It was a good walk up and down the hills, passing farms and patches of pine trees, houses here and there, rather intoxicated villagers at sub-village centers… I’m not sure if I’ve ever explained the drinking culture here in most Tanzanian villages. I don’t live in a Muslim area, so drinking isn’t looked down upon like it is in some sections along the coast. Most people here like to drink, some drink all day, others just after returning from a long day on the farm, and some few rarely drink and look down upon those that do so on a daily basis. They drink what’s called pombe – a local brew of alcohol. What the alcohol is made from depends on what region you’re in, on what is easily grown or obtainable. Here in my village people make pombe from the bamboo that grows in abundance – ulanzi, or bamboo wine. I have yet to try it, even though I would like to know what it tastes like, because I know the moment I take a sip people’s perception of me will change. I’m sure I’ll try it one day, but I’ll wait until after I have well established a reputation of being sober. Anyway, here are some pictures of that lovely walk. 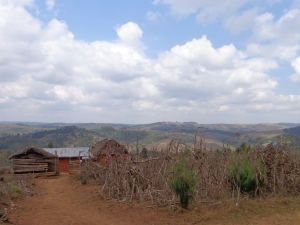 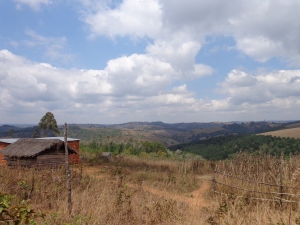 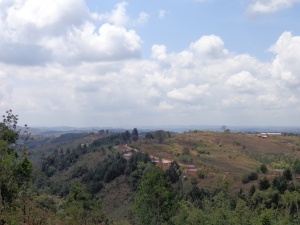 Last Sunday I walked to the neighboring village and spent the afternoon visiting the ward agriculture extension officer and his family. He can speak good English, so we spent literally hours talking about heavy topics mostly concerning America – why people kill each other so frequently, why racism still exists, why America is not necessarily the land of opportunity, why Obama has been a better president than Bush was, how Americans waste an insane amount of money on things like presidential campaigns, why Tanzania is considered a third world country, where black people live in America, if white people or black people are better musicians, once again why people are racist still, why people kill each other, why there isn’t better gun control, what walmart is, etc. etc. etc. … So many big topics! Basically everything I said had to be prefaced by the fact that every part of America is different – it’s impossible to generalize all the differences into a conclusive answer, but it’s also impossible to answer without generalizing all the differences. It was a fun afternoon.

Later in the week, I returned to Ninga for a meeting with a few secondary school teachers and students to discuss applying for a leadership conference sponsored by the Peace Corps. Before the meeting I went back to visit the ward agriculture extension officer and his family once again and spent my time making paper cups, and those “fortune tellers” that perhaps some of you from my generation will remember, for the children. The kids loved it. We sipped water from our paper cups – all different sizes – before they got so wet they disintegrated. Then, unfortunately, a bee stung the little boy in the neck, so that ended our tea party. His mom sent him to buy a few lollipops, the best kind of medicine for bee stings (if you’re not actually allergic – and if it’s not a killer bee).

After this visit, I met with two teachers and the four students they selected to apply to a Peace Corps program, the LEAD Conference (Leadership Experience And Development). From what I’ve heard, it’s a super fun program that incorporates theater and drama to teach about HIV/AIDS and gender issues, food security projects like composting or vertical gardening, team building through sports and games, science competitions, and other things. The application is due next week. The students are working on their responses to the prompt “what does it mean to be a leader?” and the teachers are writing answers to two application questions. I hope we are accepted, though it is a very competitive program and only 10 volunteers (with their 4 students and 1 counterpart each) are accepted each year – that’s a lot of people. We’ll see!

The students can respond to the prompt in any way (written response, art or pictures, a skit, etc.), though creativity is not necessarily encouraged in schools here, so I doubt they’ll respond in any way besides writing. It’ll probably be a textbook answer. The students here are taught to memorize and regurgitate in order to make it through school. It’s disappointing. I’m hoping to do a Peace Corps program in the primary school in my village that uses art to teach life skills. I can’t stand that the students don’t have that many creative outlets. What is creativity? I’ll have to write a small grant to buy the supplies for that program – something for down the road a bit.

I spent 5 brutal hours sitting through a village meeting last Thursday so that I could speak about the trainings I went to, and explain what else I’ve been up to and what else I’m planning. It was a good meeting, don’t get me wrong, with health workers discussing health for mothers and children, family planning, and gender roles. There were some heated moments when the men disagreed with the women about certain things, like how the men don’t help the women with their usual daily tasks and chores when the women are pregnant, or how they men don’t give the women enough money to buy supplements before and after birth, or how the men never go with the women for check-ups at the health center (zahanati). There was an awkward silence and lack of response when the topic of preventing the spread of HIV/AIDS was discussed – for example, only having one partner (most people in my village practice polygamy). I also found it interesting when the health workers brought up condoms. Some of the men laughed/scoffed, and the women looked down. There are interesting gender roles here, and complications from such roles.

Before I left for those two trainings last month, a neighbor gave me a full branch of bananas, still green and hard. I didn’t know what to do with them because I thought they would all rot while I was away for that full month, but I got some advice from the village chairperson and he said just put them in a large plastic bag and they’ll slowly ripen. I was like, “okay, if you say so!” but I was quite skeptical. I thought for sure I would return to a bag full of fragrant mush. BUT when I returned only a few were starting to turn yellow, to ripen. I was amazed. Of course, now I am facing the massive challenge of eating a full branch of bananas that have now all ripened at the same time – that’s like… about 100 bananas. That’s like… a lot of bananas. I’ve made two loaves of banana bread these past two weeks, with five bananas in each loaf, and I eat two or three each morning and some for a snack if I’m hungry, one with beans and rice, but man! It’s a lot of bananas!!! Quite a chore. Oh well, I’m not starving, just worried about what all of these ndizi are doing to my digestive system… Of course, last week I was given about 20 parachichi (avocados) as gifts from people on my day-long walk to the sub-village and back (in addition to a few more bananas I might add), so those will most likely be ready to eat all at the same time as well… Who knew that the need to eat when you have way too much to eat could be so stressful.

As a side note, here is how I bake in the vil: I have my charcoal jiko, stove (usually with charcoal in it, unlike my picture). Then I have two large pots (sufuria-s), one with three rocks in the bottom. You set the pot that will have the batter in it (when I’m actually baking and not just taking pictures) on top of those rocks. Then, big pot covers other big pot with little pot inside on the rocks, big pots go on top of the jiko, and a blanket goes on top of that to help with insulation – heat likes to rise, after all… 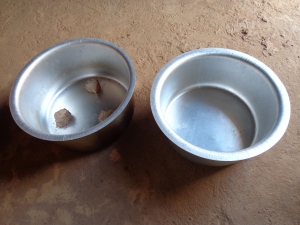 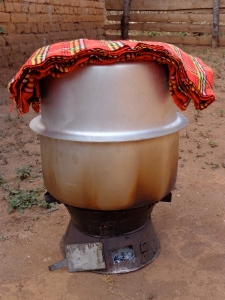 Well, I think that’s about all for now – it’s starting to get dark and I’m really tired of being the sole, silent entertainment for the mwenyekiti’s (village chairperson’s) daughter. She’s been watching me type from across the room, then sneaking over to peak around the screen, studying my fingers fly and the words appearing, then running back to the other side of the room over and over and over again for hours now. It’s the little things that bring joy to life, right? 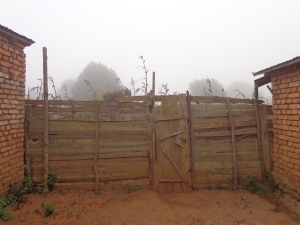 (My fence from inside my courtyard on a foggy morning…)

PS: Some new poetry under the TZ poetry tab up top